My son’s fifth birthday is this month, and my husband and I decided to do something different for his present. Our house has a small room connected to one of the bedrooms—too small to be a bedroom, too large to be a closet—that we weren’t using. We are lucky to have so much space, and we decided to decorate it as a small playroom/ Lego room!
Nicholas is really into Legos, and he has recently moved into doing the larger sets with smaller pieces, mostly on his own. Of course, this also means that there are tiny Lego pieces around the house, which is a problem for his 16-month old baby brother, who walks around and tries to put things in his mouth. Now that the Legos are upstairs, this problem is solved!
I was inspired by this blog, where the author created a Lego closet. (Another fun idea: they built a batting cage in the backyard!) She used IKEA Trofast storage units, and I planned to do the same thing. However, my husband listened to my idea, and announced he wanted to try to create the same thing himself.
Nick is very creative and talented at building things. He bought wood, stain, and a few other supplies at Home Depot, and got to work. One week later, he built these beautiful pieces of furniture for our son’s room! 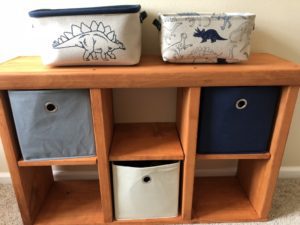 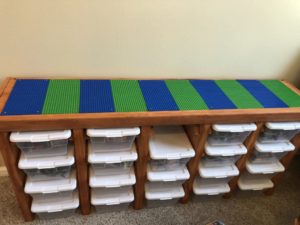 Nicholas loves dinosaurs, and we made that the theme of the room, including a few cute framed prints, and a new window seat cushion in dinosaur fabric. 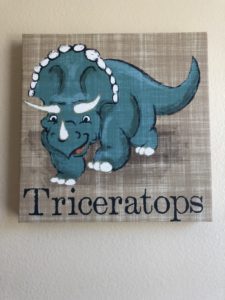 We decided to have a small, family birthday dinner for my son this year, and the day before the party, we unveiled his surprise. He was thrilled, and he has spent hours since playing upstairs with his Legos. Our families got on board and gave him a couple of new sets for his birthday, including Jurassic World dinosaurs, his favorite. 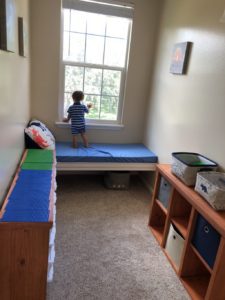 This project has been a lot of fun, and reinforces the ideas of working together, having a hobby, and placing value on experiences rather than things. We have so many toys already, and it was fun to create a gift that will bring our kids so many hours of imaginative play and enjoyment. 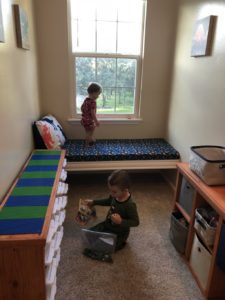 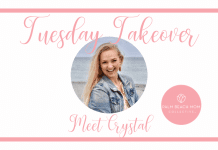 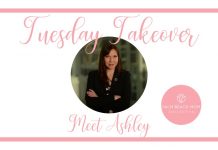 Meg Palumbo - July 23, 2021 0
When you think of Palm Beach, images of beautiful, bright colors and fabrics brought to us by Lilly Pulitzer can't help but come to...