The weekend before Christmas, my family and I took a trip to New York City. We had hotel points that were due to expire before the new year, and we decided to go to the City to see the holiday sights, something we had never done before, and take our kids to somewhere cold for the first time. We have traveled a lot as a family, but usually to warm places, and our home in Palm Beach Gardens rarely gets chilly, so neither of our kids had ever seen mittens or snow jackets before this trip.

I planned to write an article with helpful tips for taking the trip of your dreams to NYC—ours was, but first, because real life happens, it was not. Let me explain.

The day before our trip, I helped bring snacks for my son’s class party. The other two room moms made the party a success by bringing real snowballs, and fake snow, for an epic kindergarten snowball fight. I brought my toddler with me, and he watched the snowball fight, drank hot chocolate, ate cookies, and listened to Christmas music with my older son and his classmates, and also skipped his usual nap.

That night, at about midnight, my toddler, who was sleeping in bed with me, woke up, and while sitting up in bed, started throwing up. I quickly picked him up, bleary eyed and half asleep, changed the sheets, and ran him a bath. He threw up a couple more times, and I thought about all of the cookies and treats he had eaten the day before, hoping it was a fluke and he was not getting sick on the night before our vacation.

In the morning, he seemed fine, so we got ready, packed up the car, and headed to the airport for our flight. Things were going fine until just before we boarded the plane, when my older son looked up at me and said he didn’t feel well.

The flight itself was good, although both kids were feeling sick. My toddler slept almost the whole flight, and my older son fell asleep, and then woke up saying he didn’t feel well, and threw up all over his seat, as well as my seat, tablet, and our clothes. We had three seats side by side, with my husband across the aisle from us, and since the two-year-old was sleeping on me at that point, I quickly jumped up, and took both kids to the tiny airport bathroom. My husband also jumped into action and cleaned up the seats while we were in the bathroom, and brought new clothes for us to change into from our carry-on bag.

It was, in a word, terrible. All kinds of mom guilt was running through my head as I took care of my son who was throwing up, and cleaned everything and changed his clothes—feeling bad for bringing him on the flight when he was sick; guilty for wanting to take a vacation a few days before Christmas with little kids; and subjecting the other passengers on the plane to my sick child. One of the flight attendants was incredibly helpful, and brought us sanitizing wipes, cleaner, airsick bags, and even offered me a drink.

I realized at that point that I had two choices: take care of my kids and feel upset about them being sick; or take care of them and make the best of it.

I decided to make the best of it.

From there, we took an hour Uber ride from the Newark airport into New York; and checked into our hotel. We called our pediatrician at home, and they recommended we go to a local urgent care clinic to make sure neither kid had an ear or strep infection. An hour later, we were sitting in a doctor’s office in the Upper East Side, both kids had 101 degree fevers, and suspected cases of strep throat. Welcome to vacation.

Luckily, things got a lot better from there. Read on in Part II. 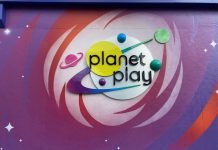 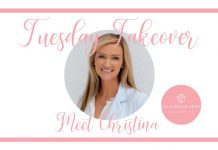 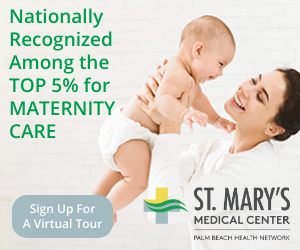 Meg Palumbo - February 20, 2021 0
Where do you live in Palm Beach County? I live in Jupiter! I absolutely love it!  How long have you lived here? I have lived in Palm...

5 Fast, Easy and Cheap Ways to Show Yourself Some Love